What is faculty doing about its effect on students? 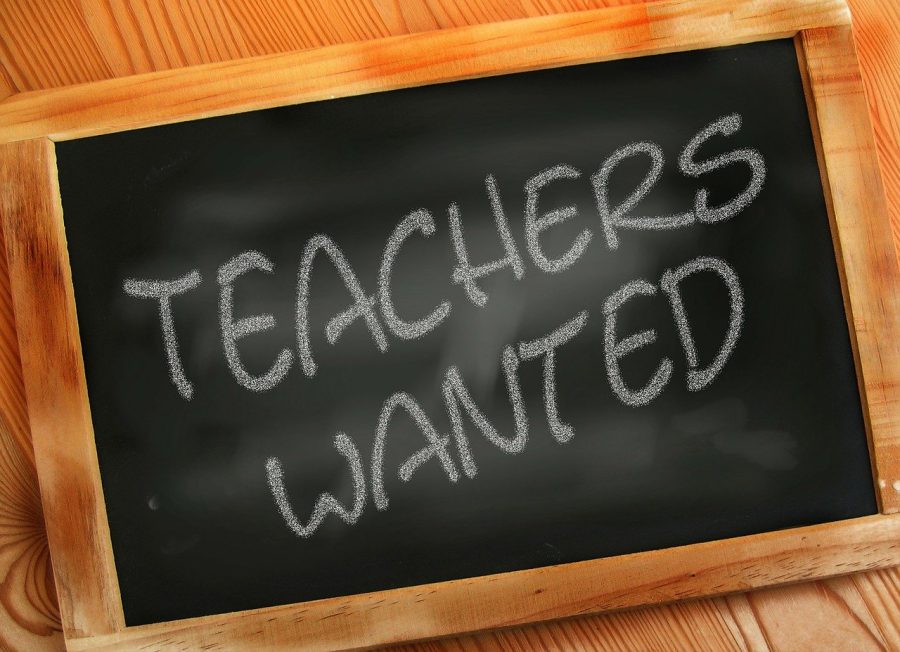 According to the Sacramento Teachers Association, roughly 8500 Sacramento City Unified students go without a regularly assigned educator, per day, due to a district-wide as well as national teacher shortage.

C.K. McClatchy’s principal, Andrea Egan, confirmed this shortage saying, “There is a national teacher shortage, so SCUSD is struggling like all other school districts.”

Sacramento City Unified School District’s teacher shortage is evident when comparing its student-teacher ratio to the national average. Within the United States, the approximate student-teacher ratio for public schools is 16:1 (according to publicschool.com). For SCUSD, the ratio is 23:1 (according to niche.com). Judging by this comparison, SCUSD has far less teachers per student than the national average.

Egan, reports that, “The school district is definitely struggling with staffing due to COVID. Many educators left the profession due to the stress of teaching or serving in a school setting during the pandemic.”

Not only are there less teachers, but substitutes as well. On Nov. 12, the Sacramento Teachers Association issued a statement saying, “SCUSD purged more than 200 employees from the substitute list”. A shortage of prepared substitute teachers takes its toll on student learning opportunities.

An interview with a C.K. McClatchy senior who wished not to be named asked the student how the teacher shortage has affected students and the accommodations that are being made by pupil services.

The student said that her Spanish teacher quit at the beginning of her sophomore year and was replaced by multiple substitute teachers. When asked what they did in the class, she said, “It was really boring, at the time we would sit in class and watch movies”.

Katelin Pang, a C.K. McClatchy senior who was enrolled in the same class said, “The substitutes we had were trying to teach the class Spanish but since they were never there long enough, the curriculum and way we were being taught was always changing, so no one in the class learned any new Spanish.”

Pang shared that the lessons they had lacked organization because the substitutes differed in their teaching styles and plans. She said that, “Lessons were very random and often covered specific topics that weren’t related to the type of Spanish we were supposed to be learning.”

It was not until right before COVID-19 hit that the class received a teacher. Even then, the Spanish class was not taught during lock down.

While many were able to complete sophomore as well as junior year with the help of at home resources, most students were not as successful with senior year AP Spanish.

Unlike many of her classmates, the unnamed student wanted to stay in the class, even though she knew very little Spanish. She emailed her new teacher before school started in the fall, explaining the situation as well as her absence of Spanish knowledge. The new teacher said that there wasn’t much to be done, because of the student’s lack of foundational Spanish knowledge.

This was not an acceptable solution for the student, but she continued to work, leading her to an F in Spanish.

She continued the effort of switching out of the class, but her counselor was persistent. It wasn’t until after multiple meetings, conversations and class switches that the student was put into the classes she needed to succeed. In the end, it was Principal Egan’s intervention that got her into a suitable class.

When asked about this student´s situation, another C.K. McClatchy High School counselor, Tracy Mitchell, said, “That’s not fair to override a student’s wishes or their concerns with your personal opinion as their counselor, regardless of what it is. However, I will say though, that as counselors we are encouraged to push education, you know? To kind of keep kids motivated to stay in classes.”

”It was just like really irritating, because it took like so long and it shouldn’t have, especially when they messed up my schedule sophomore year. They should’ve given me a teacher”, the student says.

She isn’t the only one who has had a difficult time switching classes. Katelin Pang shared her experience, “I tried to switch classes but there’s never any room in any other language class, since they are all filled. The counselors thought they were helping, but in reality, it made it messier and the process was so uneasy.”

Another C.K. McClatchy senior, Elise Roenning, experience was similar to Pang’s. When speaking about faculty support, she said, “I tried switching several of my subjects and at first they were okay with it, but they got angry and refused to do it the last time I asked.”

“I am an exchange student from Norway,” said Roenning, “and I have at times experienced little to no help from several teachers and counselors at my school, making my experience here stressful, and to a certain degree, worse.”