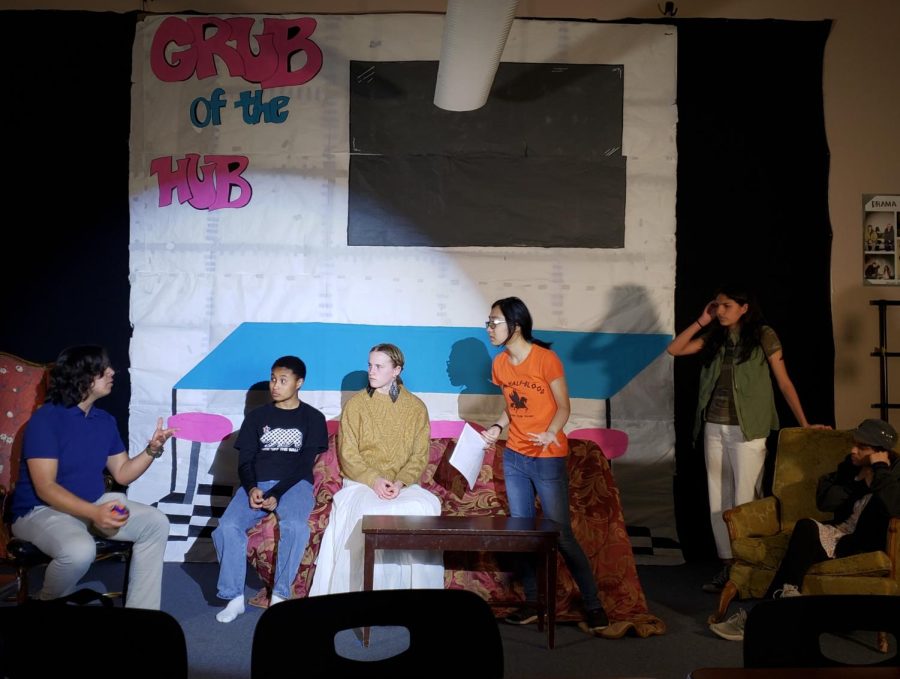 Natomas Pacific Pathways Prep High recently performed its first written and produced musical created in-house, “Take Over!”, which was in process since the beginning of 2020. The musical was performed with participation from NP3’s Drama Club.

The idea for a drama club started at NP3 about eight years ago with AP Literature and Drama teacher Mellisa Ciubal, after she started to teach the Drama class.

“I started working here 10 years ago, in 2012, and when I started, the class was the history of drama. I wanted it to be acting. I started and took over drama about eight years ago, and did my own curriculum like this,” said Ciubal.

After the very first drama class had completed the course, a drama club was created.

“The very first class loved it so much that they missed it in term two. They wanted to turn this into a club. From there it grew and what it is now,” said Ciubal.

“I am a mentor and guide for them. From my own experience and logistical run it behind the scenes. Visually hold your body and hold out. I’m like a coach I guess, it’s a well oiled machine, a ship that runs itself,” said Ciubal.

Ciubal explained that the drama class is a crucial component of NP3 because it’s incredibly different from typical classes.

“This course allows people to see a different side of education. A place to decompress, and not to earn a grade, but earn a relationship with each other and explore and emotion,” said Ciubal.

NP3’s performance this year put on by Drama Club, is a student-written musical titled “Take Over!”.

“’Take Over!’ is a musical about a group of five teens that discover the presence of aliens in their small town. With the hostility of these aliens against our unlikely heroes, who will win in the fight for Earth?” said Jaclyn Nguyen, writer of the musical and co-president of Drama Club.

Noble Mahan, co-president of Drama Club, explained how the club expanded and went through numerous changes in the past years.

“Of course, 1 1/2 years were virtual, so of course those years were very different. In fact, my third year (2021, the year of distance learning), we did two virtual productions including a film festival when we usually just do one live play. Beyond that, however, Drama has just expanded. When I joined, Drama was made up of 13 people. Now we have a cast of 18 with an additional crew of around 20,” said Mahan.

Drama club now encompasses multiple departments for the first time in its history.

“Now we have departments, such as Set Design, Costume Design, and Prop Team. There are heads of each and 3-4 team members. It has just become so large and professional. We are more efficient and can take on larger projects with so much support,” said Mahan.

There are numerous benefits to being involved with a drama club.

“Drama is incredibly important to the individuals in it. It is a place where people can make friends with others whom they often would not interact with. It is a community where they can be themselves and express themselves. For the rest of the school, it exposes them to live theater. Live theater is such an ancient art form that really expresses and explores human nature and interactions,” said Mahan.