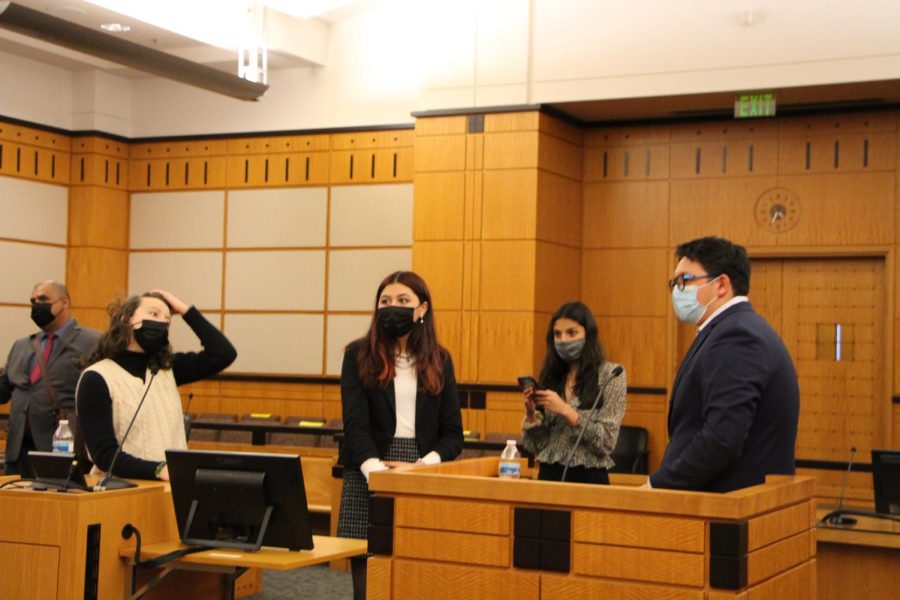 Mock Trial is where students are given a case packet, create their side of a trial, become the witnesses and attorneys, and later compete against other schools. The two primary sides of Mock Trial are Prosecution and Defense, and the team consists of 18-20 students.

Previously NP3 had only made it to the quarter-finals, in the 2016-17 school year. However, this year, with a team consisting of the majority of new students, freshman and sophomores, they won quarterfinals as well as the consolation round, earning them third place.

¨Ms. Mori, principal at NP3, asked if he would take on Mock trial . . . Fortunately in San Joaquin County, if the supervisor signs off on it, they can leave work for community hours. And so, because he had the support of the county, he was able to leave early,” said Sasha Guzman, teacher coach.

Pineda started coaching Mock Trial in October when the usual season starts in August or September, because of our missing coach. This was Pineda’s first time working with teenagers and high school students in particular.“I train a lot of the new people and so I’m used to working and speaking to them in a way that wouldn’t transition well to people of your age. So I had to be not so rough around the edges, but maybe I was too nice,” said Pineda.

Pineda saw this experience as fun and rewarding throughout the season.

“It was a lot more tiring than I thought. It was pretty rewarding. Going through the process I didn’t have any past groups to compare it to, and I had no gauge to how well the team could have done. It was also a lot more fun,” said Pineda.

¨The first half was in person, and arguably the second half is more important but it’s fun and nice to be in your teammates and you can work more closely together, so I really enjoyed that,¨

“I am a practicing trial attorney so I come in and help with trial advocacy skills, opening, closing, making and responding to evidentiary objections,” said Roark.

Shani believes that Mock Trial has benefits that extend beyond high school.

“Especially for attorneys, its excellent public speaking, and its citadel thinking for everyone involved. They have to be thinking about the way to respond honestly and in a way that helps their team,” said Roark.

¨I think it’s important for everyone even if you’re not interested, because it helps with public speaking and critical thinking. A lot of critical thinking goes into that and a lot of analysis. Your gonna need those skills at pretty much any job,¨